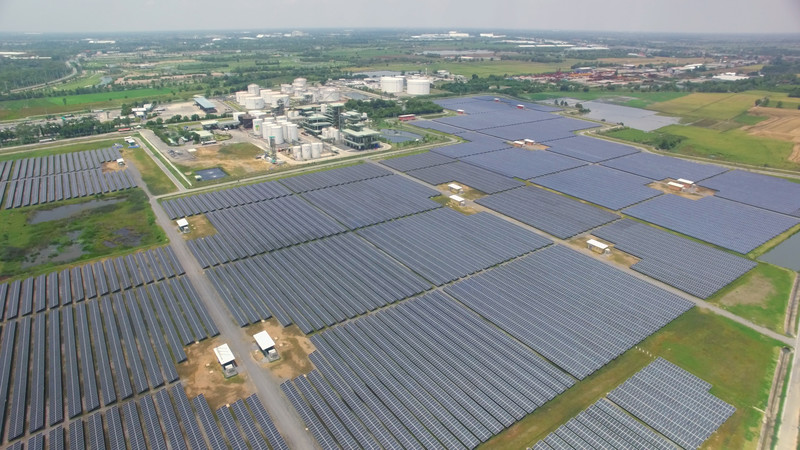 Solar has come a long way fast. The Solar Energy Industries Association estimates that over six million U.S. households are now being powered by residential solar panels. In Connecticut alone there are over 71,000 residential systems in place. This inspiring growth is due, in large part, to a dramatic reduction in equipment prices. Equipment costs have fallen 99 percent over the past forty years. As a result solar power is projected to be the cheapest source to produce power in coming years – cheaper than coal and natural gas.

A Brief History of Solar Power

It’s interesting to look back at how it all began. Although using the sun to power rudimentary technology can be tracked back hundreds of years, the true invention of photovoltaic cells is credited to Bell Labs in 1954. In 1958 a small, one watt, solar panel was used on a satellite to power its radios. In 1973 the University of Delaware built the first solar powered building. Most famously, in 1979 President Jimmy Carter installed solar panels on the roof of the white house.

Large reductions in the price of solar equipment through the years have brought the overall costs of solar panel systems down considerably. Government incentives, however, are making it even more affordable. For residents of Connecticut there are a number of incentives available. CT Green Bank offers rebates and low or zero interest loans on equipment and installation. And the federal investment tax credit (ITC) currently reduces your total tax bill by thirty percent of the cost of the solar power system. These incentives have helped provide a major boost to the industry and we will discuss them in more detail on our next blog posting.

Referrals also play a big role in the popularity of solar technology. Solar power installations are known to be contagious. When panels are installed on a house, the neighborhood around it inevitably sees an uptick in installations. This is known as “neighbor effects.”

The Role of Commercial Buildings

With each solar panel installation less harmful CO2 emissions are released into our environment. Connecticut homeowners are playing their part, but large-scale solar installations across the county and world are also making great strides. According to the Solar Energy Industries Association, more that 26,000 MW of utility-scale solar power projects are under development in the U.S. alone. That’s enough to power more than 4.3 million homes.  And many state governments are setting aggressive goals for municipal buildings to generate 100% carbon free electricity in coming years.

When cheaper alternatives come along big business can’t help but to adapt. As solar becomes the cheapest source of electricity more and more large commercial institutions will make the change. It makes fiscal sense for them. And many businesses are talking their role in protecting the environment seriously.

The Reason Solar Has Become So Affordable

Why have solar panel system costs dropped so far so fast? Large companies have been continuously streamlining the equipment and manufacturing process. And mass production and larger demand helps drive down costs. Government policies have been identified as major contributors as well, according to analysis by MIT researchers. Policies that include renewable portfolio standards, feed-in tariffs and subsidies are attributed to roughly 60 percent of the price reductions.

Through the years we’ve seen forecasts that point to an impending slowdown in the growth of solar. Time and time again, however, different factors have helped keep the industry booming. There is continued optimism for growth based on increased interest and awareness and overall low prices. And there’s a good chance that prices will continue to drop. Future price reductions could come in the form of “soft costs”. These include financing, permitting and selling solar projects.

Although we’ve made some incredible strides in solar panel costs and installations, there’s still a long way to go to. It’s inspiring to see such a relatively fast paced adoption of a technology, particularly one that has the potential to help save our environment. Renewable energy companies like All Green it Solar have the pleasure of watching more and more Connecticut homeowners and businesses do their part to reduce carbon emissions. We’re glad to be a part of such an important endeavor.