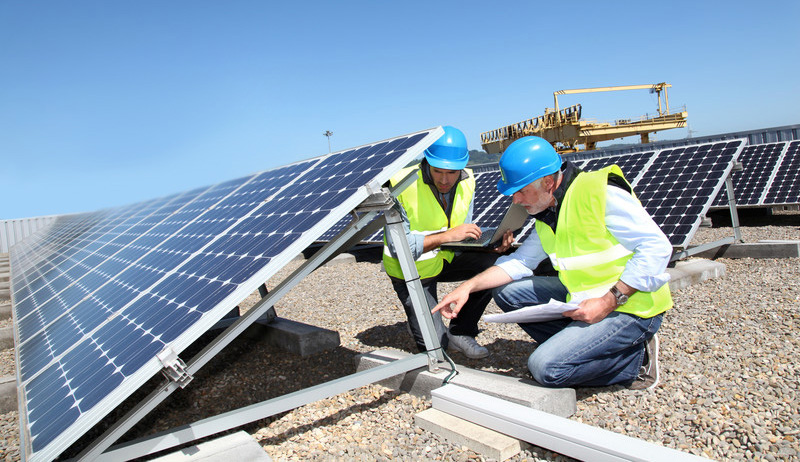 In the last decade solar power system installation has realized an average annual growth rate of fifty percent. Eighty nine percent of the world’s solar power was installed in the last seven years alone. These numbers are staggering, and the growth is poised to continue. Available government incentives are one of the main drivers behind the incredible growth of solar. Commercial and industrial buildings are eligible for significant incentives that help defer equipment costs and make financing easier to obtain. These days solar is not just an environmentally responsible decision for commercial application, it’s also a smart long-term financial decision as well.

In 2018 Governor Malloy signed an act, which requires that by 2030, 40 percent of the power provided by electricity suppliers in the state come from renewable sources. These state Renewable Portfolio Standards (RPS) are responsible for driving a considerable amount of growth in the solar power industry throughout the U.S., and particularly in Connecticut.

Under the ZREC program, developers of commercial energy projects that are responsible for zero carbon omission output will earn credits. The “Z” in ZREC refers to zero emissions and applies to solar projects. A Renewable Energy Credit, or REC, is issued for each Megawatt-hour (MWh) of energy generated by a project. The utilities will purchase these credits for cash.

Under the ZREC Program business owners that implement solar onto their buildings, or already have solar on their buildings, will not only offset their current electrical usage, they can also earn hard dollars from the utility for their renewable energy generation. Let’s look at a business without solar that’s paying an annual electricity bill of approximately $28,000. By implementing a 100kW solar solution that generates 140,072 kWh/Year, the annual electricity usage is offset and removed from the customer’s utility bill. This eliminates the electricity expense. In addition, under the ZREC Program, by implementing a 100kW solar solution, business owners can also earn up to an estimated $10,000/year when securing a fifteen-year contract with the utility.

The federal solar tax credit, also known as the investment tax credit, allows you to deduct 30 percent of the cost of a commercial building solar panel system from your federal taxes. The credit is also available for residential projects. The percentages, however, will start to step down after 2019. In 2020 they drop to 26 percent, in 2021 they drop to 22 percent and in 2022 they will drop to 10 percent, however only for commercial buildings. The 10 percent will hold indefinitely.

The time sensitive nature of this incentive makes it a great time to complete a solar project. Anyone that owns a solar panel system is eligible for the federal solar tax credit. If you don’t have enough tax liability to claim the entire credit you can roll the outstanding into the following year, depending on the percentage numbers of that year.

Finding the funding for such upgrades is not always easy. C-PACE helps to overcome this obstacle. Funding covers one hundred percent of the project cost and can be repaid for up to twenty years with an assessment added to your property tax bill. Energy savings each year will more than offset your assessment payments.

When you combine these incentives with the overall low cots of solar panels, going green becomes a very affordable solution, and an excellent long-term investment. In addition technology improvements through the years have made solar panels much more efficient than they were just a few years ago. Manufacturing, distribution and material improvements have led to a sixty percent reduction in price in the past ten years alone.

If you own, or are planning to build or renovate, a commercial or industrial building, energy efficiency should be a top priority. Adding a solar panel system to your property is not only a responsible move for the environment, it’s also a smart move for improving your bottom line. By educating yourself on the available incentives you’re putting yourself in a good position to save money and make the world a better place to live in.